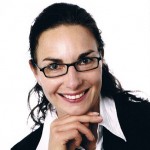 Why do we watch films? Films paint worlds that we do not know; films offer insights into thoughts and souls of people we do not notice; films open access to cultures of which we know little. Films may shock and affect us, make us sad or happy – above all, they shape our worldviews.

In our country, which is still so much marked by romantic enthusiasm about ‘Indians’ à la Karl May, where ‘Indians’ are reduced to carnival costumes and playground figures and where stereotypical ‘Indians’ people our children’s books, documentary and feature films from North America can correct these distorted or even false images of Indigenous people. We have to watch such films that show us history and the present, knowledge and languages, fates and problems, happiness and humor of the various Indigenous nations from Indigenous perspectives. This is exactly what the Indianer Inuit Film Festival in Stuttgart offers. THANK YOU!! 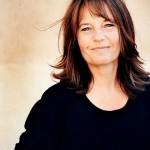 Cinema has always been for me a view from a window into another world. In my films, I have visited the world of the deaf in Germany or described the fight for survival of a German-Jewish family in 1940 in Kenia.

The INDIANER INUIT: DAS NORDAMERIKA FILM FESTIVAL offers its spectators an authentic insight into the lives, concerns and fantasies of North American natives, who have themselves got behind the camera to tell us all about their lives. What could be more exciting than a journey into the world of these indigenous filmmakers. Their films do not tell stereotypical stories about Indians, but about encounters with people who carry an immense cultural treasure in them that they are prepared to share with us! 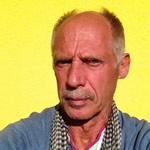 The Significance of Indigenous Knowledge

When on 7 September 2014 the wrack of John Franklin’s “HMS Erebus“ was discovered in Victoria Strait west of King William Island, this meant the end of a 170 years’ search for the ill fated English explorer and his crew in the Canadian Arctic. “Erebus“ was not only discovered with the help of a remote controlled small submarine but also with the help of knowledge conveyed in 19th century Inuit oral testimony that had previously been largely ignored. In the same vein, indigenous knowledge was also instrumental in the exploration and appropriation of North America.

A case in point is for example the Lewis and Clark Expedition through the continental divide to the Pacific (1804-6) whose success rested largely on the support by Native Americans. And the Canadian fur trade relied on the skills of the Métis who served as buffalo hunters, carriers, middlemen and interpreters. Yet, the significance of indigenous knowledge has hardly been acknowledged in official discourse. On the contrary, the contact of different cultural systems has resulted in the oppression and discrimination of North America’s Native peoples.

Nowadays accounts of the past are considerably revised and cherished. This is not least due to the impact of Native scholarship which employs holistic worldviews and makes deliberate use of alternative source materials (e.g. oral stories). Such a development can also be read as an expression of a century-long resilience against suppression, whereby the perpetuation of cultural traditions has played a major role. The spectacular discovery of the “Erebus“ demonstrates how fruitful the interplay of indigenous knowledge and modern technology can be. However, this requires a non-biased, decolonized approach towards the other which accepts the strange in its strangeness so that a reflected intercultural understanding can be generated. INDIANER INUIT: DAS NORDAMERIKA FILMFESTIVAL contributes significantly to such an objective.

Prof. em. Dr. Wolfgang Klooss is Director of the interdisciplinary Centre for Canadian Studies at Trier University. He has published widely on the Canadian Métis. In 2015 he received the prestigious Governor General’s International Award for Canadian Studies.
https://www.uni-trier.de/index.php?id=9657 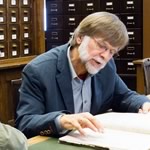 Orally transmitted knowledge and traditionally practiced values of Indigenous cultures of North America teach humans respect for all forms of life and an ethics of responsibility vis-à-vis the entire ecosystem, based on an indispensable connectedness to specific regions and places, to which human cultures are tied just as intricately as their “relations” in the fauna, flora and mineral world of the habitat they all share. The infinitely complex systems of Indigenous knowledge are gained empirically, and they are conveyed orally in stories and cultural practices over many generations. Such forms and practices of knowledge are generally missing in Europe, where enforced migrations and wars have again and again disrupted, or destroyed forever, most webs of relational knowledge and the environmental responsibilities they entail.

To Europeans in the process of overcoming the restrictions of feudal dependence, the pioneering solipsism of the enlightenment axiom “cogito, ergo sum” (I think, therefore I am) seemed to promise a radical liberation, an attainment of individual autonomy vis-a-vis an increasingly alienated nature, and a freedom from imposed social responsibilities; i.e. an unimpeded striving for individual self-realization (which seems to perversely culminate in today’s propagation of consumerism as the ultimate form of self-fulfilment: consumo, ergo sum).

Indigenous traditional knowledge keepers, artists and scholars have long given warnings that modernism’s individualism is not compatible with sustainability, and that a much more complex understanding is needed of our position within time and the entire ecosystem. If the West were to leave its presently linear path towards its own demise, a much more radical practice of implementing such an understanding would be needed in order to try and re-establish the relational web which allows for and fosters all survival. While the Lakota people address this comprehensive relationality in their phrase “Metakuye asin” (All my relations), a Western adaptation might address and begin to understand such an understanding as a “sumus, ergo sum©” (we are, therefore I am).

This would imply nothing less than an axiomatic “re-indigenization” of Europe, aided by the traditional empiricism and epistemology of Indigenous knowledge keepers and artists from North America. It has nothing to do with a return to the stone age, nor with any esoteric Indianthusiasm, nor with a worship of Indians and Inuit as ecological gurus. The IndianInuit Film Festival offers to all of us a bridge to approach Indigenous knowledge more.