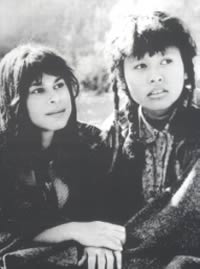 The North American Native Film Festival was the very first of its kind in Europe. The event was reported as a huge success. Almost 3000 cineastes were counted by the organizers in Stuttgart (18 – 23 November) and in Zurich (24 – 28 November 2004).

Under the patronage of the German and Swiss UNESCO commissions and the American Indian Film Institute & Festival in San Francisco, the festival did not only attract great attention among European audiences but also among indigenous North Americans. The determining factors here were the excellent press mentions in the print media as well as on a variety of radio stations, such as SWR, for example

In Stuttgart nearly half of the people going to the cinema purchased a season ticket. Some people had travelled from very distant regions of Germany and some even arrived from Denmark and the Netherlands.

Thanks must be given for the success of the festival to the many people who put in so much enthusiasm and inspiration. They are as much a part of it and by committing themselves helped towards realising a very meaningful and effective idea. The Stuttgart film festival team, the partners from Zurich and Gunter Lange as artistic director of the festival as a whole greatly appreciate this help and would like to offer the sponsors their warm thanks. 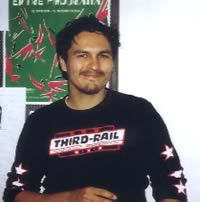 Our Native American guests were also very enthusiastic about the organization and interest shown by the audiences and felt very warmly welcomed in both Stuttgart and Zurich and will return to the “New World” taking fond memories with them. The Canadian actress Alex Rice commented that it was one of the best organized film festivasl in which she had ever participated.

During the course of the film festival many informative discussions were held and many personal contacts were made that all point towards the future. Indianer & Inuit, the first North American Native Film Festival in Europe has paved the way for further cooperative projects; the public interest that was displayed suggests that the festival should be established as a very special intercultural event in Stuttgart and Zurich.

Planning for the next film festival scheduled to be held in the spring of 2007 is already under way. The film festival team would be very pleased if all the sponsors and cooperation partners were to continue to show their support.

Comments from the press on Indianer & Inuit: 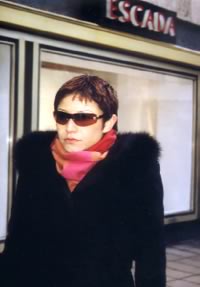 Südkurier Konstanz, Weekend Supplement, 13.11.2004
Europe’s first “Indianer & Inuit Filmfestival” portrayed both legend and truth. Ever since Kevin Costner’s modern classic, “Dances With Wolves”, the image of the noble savage dominates. Thanks to “Winnetou” and the German author, Karl May, this image has been apparent in Europe for a longer period of time. From the point of view of American Indians, who prefer to call themselves “Native Americans”, both images are incorrect.

They prefer films such as “Smoke Signals” in which they are portrayed as very normal people who face the social squalor they meet in the reservations with humour and irony… Typical for today’s placement in society and the image of the Native American is their role in advertising: here they are portrayed as either totally stupid or as representing the environmental conscience… Gunter Lange’s mission is not aimed at the Native Americans but at the Europeans. Months of preparation were required to organize the first Indianer & Inuit film festival on the old continent. No other could be more predestined for this task as he: Lange was one of the first white people – and the very first European to work for the American Indian Film Institute and Festival in San Francisco…

Stuttgarter Zeitung, culture section, 17.11.2004
In many of the films shown at the festival it is noticeable how courage is displayed on the inside and on the outside an impression is made… Rolled over by the image machinery of the white man and pressed into a grotesque clown and bad man role: No-one can blame the Native Americans for feeling like this. The cinema was actually used as propaganda for white America with the Cowboy and Indian film genre falsifying history. This experience with cinema is by no means a closed book. It influences how Native American film-makers think about their medium and their audiences…

Esslinger Zeitung, Ez-Online, 17.11. 2004
“ Ja, des war schee, aber heut` gibt´s koine Indianer meh,” Grachmusikoff
“ That was great, but now there are no more Indians left” – the words sung by Swabian rock band, Grachmusikoff. But they are still there, the Native Americans. And some of them even make films about themselves and their lives… And now, the visitors of the first Indianer and Inuit film festival on German ground will have to take leave of the typical Cowboy and Indian film image of the Indian on the war path…

Leonberger Zeitung, culture section, 18.11. 2004
The Native American world is Europe’s counter-draft to our material society. It is not surprising that a “real” Indian cannot identify himself with this type of portrayal or in the stereotypes described by the US American film industry… Festival director and expert in Native American film is Gunter Lange, who lives in Konstanz, Germany. A few years ago, he worked for the American Indian Film Institute and Festival in San Francisco and now he is using his lively contacts…

Südkurier Konstanz, Baden-Württemberg, 22.11. 2004
A successful premiere…And the community of Native Americans will definitely hear about its success when the guests that arrived from the USA and Canada return home to their tribal brothers and sisters… “At home these films are only shown at Native American film festivals, which is why it’s so wonderful that so many people here in Stuttgart have been so interested,” said Mohawk actress Alex Rice at the farewell event, clearly moved. Michael Smith, director and founder of the AIFF, was also overwhelmed, “I would never have thought that Konstanz-man Gunter Lange’s dream of presenting our films in Germany and Switzerland when he was with us in 2001 on an internship would so quickly become reality…”

Zürcher Tages-Anzeiger, 25.11. 2004
Aside from campfire romanticism, tepees, feathered headdresses and war paint, in his film “Skins”, the director Chris Eyre brutally describes daily life in an Indian reservation, where life expectancy is half of the American average. In cooperation with the North American Native Museum and many other cooperation partners in Germany and Switzerland, the “Film Podium” presents a selection of films from the American Indian Film Festival in San Francisco.
The festival’s emphasis is on documentary films that mainly devote themselves to the US government’s exploitation of mineral resources and the related destruction of Native American culture.

Zürcher Wochenzeitung, 25.11.2004, page 23
“ You must try to look as if you’ve just come back from hunting buffalo” – “But hey, our ancestors didn’t hunt buffalo, they were fishermen!” objected Thomas, whereupon Victor said so what, no-one’s interested in fishermen.

The scene from the film, “Smoke Signals” (USA, 1998) reveals a lot about the Indian cliché – which has even become part of the Native American way of thinking – or as the film puts it,: “The only thing more embarrassing than Indians on TV is Indians who watch Indians on TV…” Since then more and more Native Americans and Inuit have placed themselves behind the camera to record their own reality in the form of movies and documentaries – far away from the Hollywood cliché.